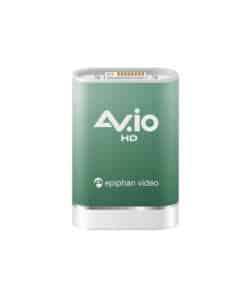 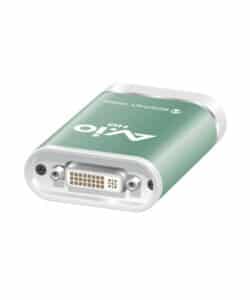 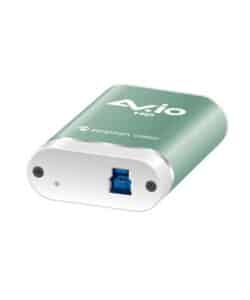 The AV.io USB 3.0 Video Grabber from Epiphan is an usb capture device that lets you capture uncompressed video and images from DVI, VGA, or HDMI devices on your computer over USB 3.0 in resolutions up to 1080p and 1920 x 1200.

The video grabber features a DVI input and USB 3.0 output (USB 2.0 backwards-compatible), and includes a DVI-to-HDMI adapter and DVI-to-VGA adapter cable. It supports up to 1080p and 1920 x 1200 WUXGA resolution on both input and output at up to 60 fps. Connect cameras, mobile devices, home entertainment devices, and other DVI, HDMI, and VGA sources, and transmit the content to your computer uncompressed and with near-zero latency.

The AV.io HD is auto-detected on Windows, Mac, and Linux systems, allowing for for easy integration and can be relied on for long-term use. It has a metal exterior that’s strong enough to withstand being dropped as well as stepped on.