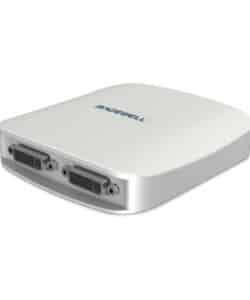 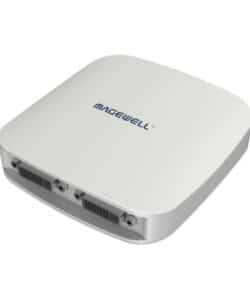 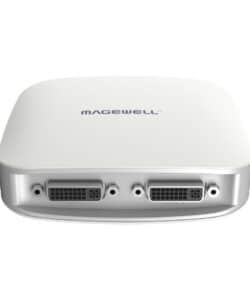 Capture two HD or SD signals simultaneously with Magewell‘s XI200XUSB USB 3.0 Video Capture Box. On the front panel of the box are two DVI inputs, which can also accept VGA, HDMI, and component signals via the included breakout cables and adapters. The XI200USB is plug-and-play compatible and uses your PC’s existing drivers to connect. The box has its own internal processor, which can perform automatic cropping, deinterlacing, and color adjustments before the video reaches your computer, taking that processing load off of your CPU.