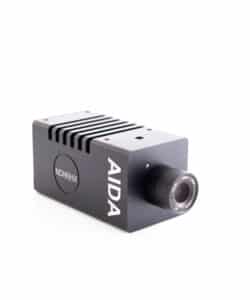 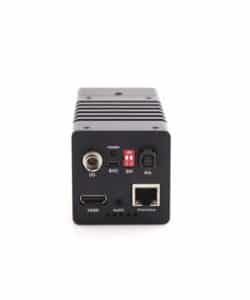 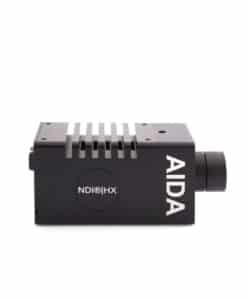 The AIDA HD-NDI-200 is AIDA’s new answer to our renowned POV lineup. Providing Newtek’s NDI®|HX2, the HD-NDI-200 realizes crisp Full-HD under various lighting situations at latency comparable to standard HDMI! The camera is capable of outputting HDMI, RTSP, RTMP and NDI®|HX2 all simultaneously.

11 in stock (can be backordered)

The AIDA HD-NDI-200 brings simultaneous IP and NDI|HX output into an ultracompact form for POV streaming applications in broadcast, education, medical, live production, and other fields.

The miniature camera outputs variable-frame rate IP (RTSP/RTMP) and/or NDI in up to 1080p60 as well as up to a 1080p60 local video preview over HDMI. All three signals can be output at the same time. An RJ45 port carries both IP and NDI over a single Ethernet cable to an Ethernet switch. The default setting is to carry IP only, but NDI can also be switched on in a Web GUI, where all other settings, including the variable frame rates, are assignable. An NDI signal is extracted from the IP signal, and the camera will then be discoverable on your NDI network. An Ethernet cable is sold separately. The camera provides mounting threads on the top and bottom for flexible installation.

The HD-NDI-200 also features a 3.5mm audio port for embedding audio into the IP/NDI signals. Audio is not embedded into the HDMI output, so the HDMI output is for video previews only. A breakout cable is included that connects to a Hirose connector on the camera and provides power and RS-485 serial control ports. A USB cable is also included for firmware updates. The camera has a C/CS lens mount and comes with a 4mm HD lens. It also provides a 4-pin IRIS port for lenses that have a matching 4-pin connector on a control cable.

NDI|HX2 is a bi-directional standard that allows video systems to identify and communicate with one another over IP, and to encode, transmit, and receive multiple streams of broadcast-quality, low latency, frame-accurate video and multichannel audio in real time. 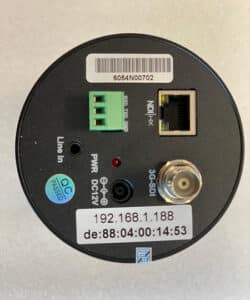